Eric's On the Move 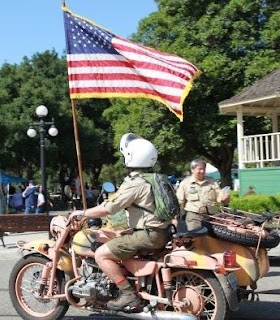 Eric is moving his family to California.  He decided he had accomplished as much as possible in the Maine Pine Tree Council and it was time to move on.  Eric is a motivated big project man.  He turned a failing BSA council into a thriving enterprise.  When a larger dining hall was needed and there was no money to be found Eric called in the military to build a gigantic state of the art facility.  He decided to sell the half empty staff office building and move headquarters to the camp grounds, saving a fortune for the council.  Eric the Shooter built pistol practice fields and together with his wife Annie established a safe shooting youth program.  Now he is on the West Coast, second in command of the huge San Juan/Monterey BSA Council.  They have a much bigger budget which Eric will put to good use.  He recently bought a fixer upper house in Carmel.  Matt is flying there in July to help him get started on home improvements.   Luke will attend a fancy Monterey high school for his senior year.  He sounds very excited.  Hannah is still in Japan with the Marine Corp, doing avionics on F35 Fighter Jets.  She's been there for two years without a trip home.  Now she will be coming home to California instead of Maine. Annie will have to give up her job in a cute little local Maine knit shop.   I will miss knowing I could hop in a car and drive seven hours to see them in Maine.  They hardly ever came to the farm, maybe once a year.  When they did it was a quick 24 trip and they put skid marks in the driveway getting out of there.  Eric never was into the animal husbandry thing.
Posted by Maggie's Farm at Friday, May 31, 2019 No comments: 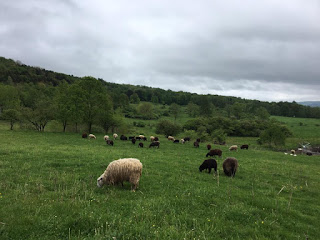 What a joy it is to have the sheep on green grass.  This rainy spring has given us ample grass for the flock to enjoy.  Bubbling springs have filled up the pond and made little water holes on the hillside.  I have two perfect pond sites if I ever get somebody in here to dig them out.  Ponds are wonderful for sheep and other wildlife.  I haven't had to drag around a cold stiff hose in the barn for a few weeks.    Just last week I stopped slinging bales.  The green grass fills them up.  The incessant rain can be worrisome for the hay farmers.  The grass is there but they need four days to make hay.  One to cut, a second day to fluff it up, a third day to fluff it again and a fourth day to bale it and bring it to the barn.  In a rainy summer four days of the needed blistering hot weather may not happen very often.  Too many days of very hot dry weather and the grass doesn't grow.  I need thousands of  bales for my flock.  No hay no sheep.  Hay is life.
Posted by Maggie's Farm at Friday, May 31, 2019 No comments:

I wondered what I would write about after this long gap in reporting but I don't think it will be hard.  I'll just start with what's going on now.  We sheared 27 sheep this past Monday.  My faithful shearer, Jim Baldwin has had a couple of years of health issues and is not quite back to his old numbers.  I'm attached to my shearer, kind of like people get attached to their doctors, and don't want to switch.  I know what to expect from Jim and don't get quite as nervous as I would with a new one.  I would like him to shear more sheep at one time but don't want to hurt his feelings,  Funny, I bet Jim would like me to find somebody else who likes big flocks so he could devote more time to shepherds with little flocks.  I haven't had lambs in two years and don't plan on having any this year.  I have limited grazing available and my hay bill is astronomical.  We've had several weeks of rain and I'll be thrilled if the hay guys can get any mowed and baled this summer.  Who knows?  We're enslaved to the weather.  Just when we think we'll be okay it slaps us down and shows us who's boss.

After three years of mourning for Coco who died suddenly after giving birth to her daughter Mocha, I decided to buy a cow.  Mocha has been a pampered only-cow all this time and has not even come into heat.  I thought she would feel more like a cow if I found a friend for her.  For all I know Mocha thinks she is a 1,500 pound sheep.  Betty Boop came to us from a local organic dairy family who lost their milk contract.   She  has horns and a tail the way cows should and I love her.  Betty is not the love muffin that Mocha is having lived in a herd of cows all her life.  I'm very excited but nervous having lost Coco at Mocha's birth.  Betty has had two calves previously.  Fingers crossed. 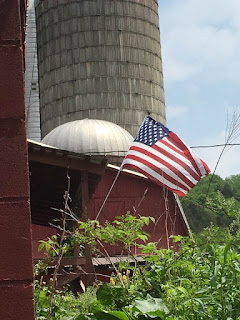